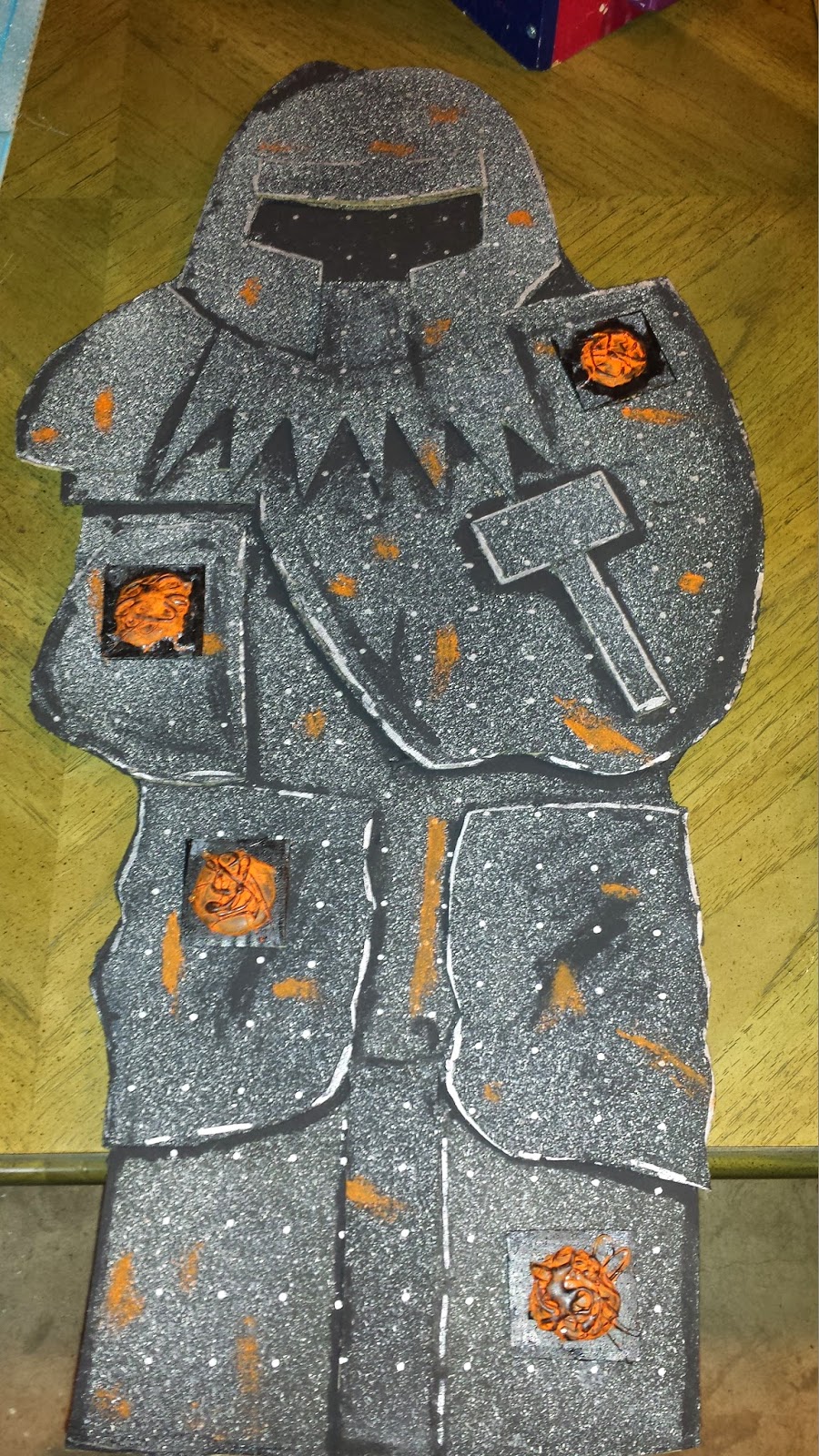 For Throwback Thursday I thought I would share a DIY piece of terrain I quickly made a while back. In a prior campaign the players were a cadre of dwarves exploring their lost ancestral home. As they delved deeper they found hidden mines which were built on top of a dormant volcano. Across a treacherous river of lava a massive statue of Moradin had collapsed which now served as a bridge. Instead of drawing this all out on a battle mat I created the statue from cardboard.
Not included in this picture are the feet of the statue which I created from Styrofoam and painted to look like a rock. They sat at the base of the statue and I placed a large piece of red felt under it to represent the rising lava. The players had to cross what amounted to permanent difficult terrain while avoiding being knocked down from volcanic tremors. Complicating things immensely was four lava oozes which were extremely hungry and happy to turn them to cinders. Oh did I mention a Fire giant was at the other end of the bridge throwing magma rocks at them?

This encounter was probably one of my fondest memories of the 4E system. Although it nearly ended in a TPW it tested the players, their characters and all their mustered ability to succeed. I enjoy making DIY terrain since it involves just some cardboard, paint and a little of your time. That all said I find it a refreshing change which “unplugs” you for a while from the virtual world.
Posted by Grand DM at 12:35 PM