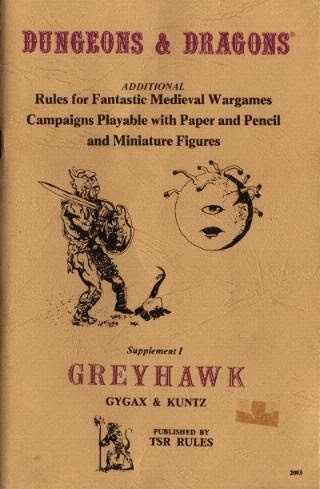 When I first saw the new Monster Manual cover for 5th edition Dungeons & Dragons I was thrilled. The Beholder has always been my absolute favorite monster since I started playing in 1983. It was originally introduced on the cover of the 1975 Greyhawk supplement. Known then as the "Sphere of Many Eyes" or "Eye Tyrant," what could be cooler than a levitating globe with magical eye stalks!

What is so interesting about the Beholder is it’s an original creation just for Dungeons & Dragons. This epic baddie is not borrowed from mythology or something else the early designers saw or heard. According to Gary Gygax himself Theron O. Kuntz created the prototypical Beholder, and Gary himself detailed it for publication.

Over the years I have used Beholders as villains in many high level games. They still remain as one of the elder races of my world and something even the most stalwart group does not want to encounter. So cheers to WOTC for putting them on the cover of the new Monster Manual. The menagerie of deadly monsters for the world’s greatest roleplaying game is available September 30th, 2014.

Please enjoy the TYRANT magazine cover below. I felt this was a perfect time to poke fun at my favorite xenophobic monster! 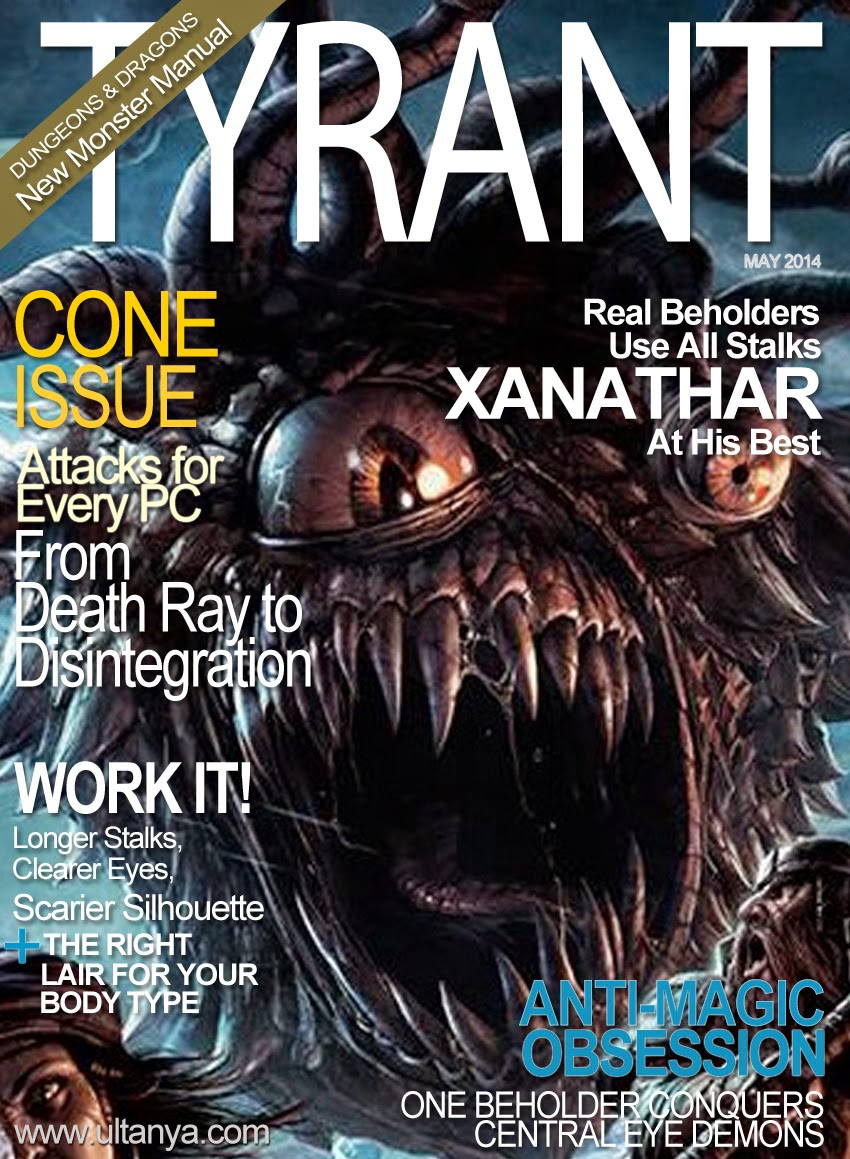