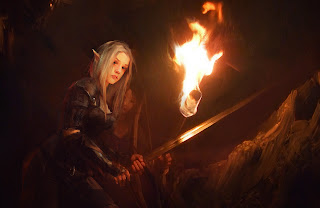 A while ago I posted some information on how to add torch creation to your campaign world. With 5th edition, one of the things that seems to have been cast aside is the common torch. In the early days of Dungeons and Dragons they were a staple. Now with the Light spell and Darkvision being so prevalent, hand held light sources are not overly valuable. That being said, I decided to spice torches up a bit!

Since ancient times, humans have associated magical properties with various types of wood. That theme fits wonderfully into a Dungeons & Dragons campaign world. For this idea let us assume that two versions of trees exist: one mundane, and one enchanted. The latter being rare and guarded jealously by druidic circles, malicious fey, and even xenophobic elves.  Occasionally a sapling from one of these magic variations may appear in the lands of the common folk. Or alternatively, a group of adventurers may be retained to hunt and fell these trees. Imagine their surprise if a treant template was added to one!

Once prepared, the wood from these arcane trees make valuable torches. Although expensive in coin or trade, magic torches are something interesting to add to a merchant’s shelf. If you would like to add some flavor to your games, and see torches in the dungeon again, these may be a fun addition. Below please find twelve torch variations and their respective magical properties.

A torch burns for 1 hour, providing bright light in a 20-foot radius and dim light for an additional 20 feet. If you make a melee Attack with a burning torch and hit, it deals 1 fire damage.

01. Apple Wood: Beware, fey are attracted to the dancing flames it creates. While holding the torch you may cast Faerie Fire one time before it burns out.

02. Ash Wood: The smoke generated by this torch assists with concentration. Anyone within 10’ of the burning torch gains advantage on one Intelligence based roll before it burns out.

03. Beech Wood: The greenish flames of this torch have divination properties. While holding the torch you may cast Augury one time before it burns out.

04. Birch Wood: This magic wood is favored in cleansing rituals. Druids of the deepest wild covet it. While holding the torch you may cast Lesser Restoration one time before it burns out.

05. Cedar Wood: The smoke from this wood creates a hazy sphere of energy. While holding the torch you may cast Protection from Good and Evil one time before it burns out.

06. Cherry Wood: Sylvan beings favor this wood as a magical focus. Anyone within 10’ of the burning torch gains advantage on one Wisdom based roll before it burns out.

07. Elm Wood: According to legend, the fey use this wood in rebirth rituals. While holding the torch over a fallen companion, you may cast Spare the Dying one time before it burns out.

08. Hickory Wood: Druids have long used the blueish flames of this wood in their influence rituals. Anyone within 10’ of the burning torch gains advantage on one Charisma based roll before it burns out.

09. Holly Wood: A torch designed from this wood can double as a magic weapon. While holding the torch you may cast Shillelagh on it one time before it burns out. It still gets its +1 flame damage bonuses.

10. Maple Wood: The soothing warmth generated by this torch has legendary healing properties. Anyone within 10’ of the burning torch gains one extra hit die to spend during a short rest.

11. Oak Wood: Legend holds visions of great heroes can be seen if you stare into the flames of this wood. Anyone within 10’ of the burning torch is inspired with bravery, gaining +1 to hit one time before it burns out.

12. Willow Wood: Perhaps the rarest of magical trees, the flames generated from this wood are said to burn away the cold clutches of death. While holding the torch over a fallen companion, you may cast Revivify one time before it burns out. 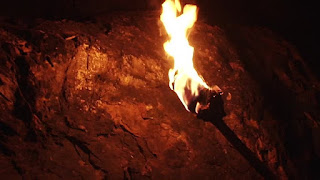 As the effects above vary, I encourage each Dungeon Master to develop their own value system. Obviously purchasing these torches should not be prohibitively expensive, but we also don’t need characters with golf bags full of them. I would consider adding them as treasure items, and barter material from merchants. Additionally, the characters could find one of these trees and attempt to make torches themselves. Don’t be afraid to use these torches against the characters also! Finally, do you have ideas for other types of magical torches? Please feel free to share any with a follow-up post.
Posted by Grand DM at 1:53 PM 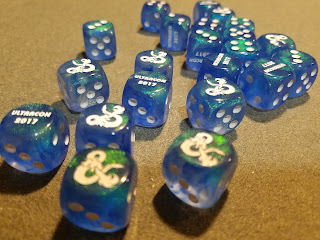