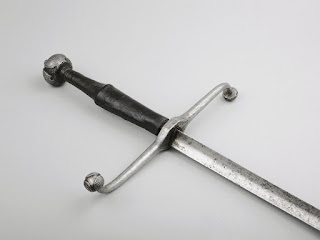 Diary of a Lich

One of the things I have pondered over the years is what intelligent undead do with all their spare time. Especially powerful wizards such as a lich. Sure, they continue researching magic, or devise traps to protect their possessions. The latter would be especially true when dealing with their phylactery. What if the lich out of sheer boredom began penning a diary or journal?

This could be something interesting for the PCs to find. The book could be loaded with all sorts of adventure hooks and campaign information. Next to its phylactery, it may be the single most important personal possession of the lich. Surely the PCs would make a life long enemy by taking it or happening upon it.

This could also make for a wonderful table prop by using a real book and hand writing the entries. It may be a tad laborious on the Dungeon Master’s part, but the players will love it. I was just looking at several leather-bound journals at Barnes & Noble and they would be perfect. The pages could easily be aged with some instant coffee staining. Moreover, if you make a mistake while writing just tear out a page. It may look even more authentic and raise all sorts of questions for the PCs.

Below I have created some sample entries to get you started:

-Campaign date- It has been months since I could articulate my fingers to write. Therefore, I’m using the Mage Hand incantation to pen this entry. Undeath is a curious thing indeed. I feel numb most days. Then I have brief episodes of feeling. Or perhaps it’s just deep memories. My research will continue.

-Campaign date- I think years have passed. Time has no meaning to me now. My last entry is curious. Did I really think I was feeling anything? Now I know better. Life makes me angry now. I want to snuff it out like a candle flame. Life is short and wasteful. I accomplished little then. My peers made sure to remind me of that.

-Campaign date- Most of them are gone now. Their end will never be solved. I wanted to experience pleasure. Their deaths bring me none. But my mind still understands revenge. Their spell books have been buried away. Their families will never find them. Only four Shadow Oaks exist in the forests of the world.

-Campaign date- Oh my, that last entry must have been one hundred years ago. Today a company of thieves entered my abode. They begged for their lives, proclaiming to just be adventurers. The elven woman was a talented wizard. I commended her on dispelling one of my enchantments. To bad I had to disintegrate her. I would have enjoyed discussing arcane treatises. They did leave me all these lovely magic items. I will place them in the invisible chest – making a note in case I forget.

-Campaign date- I have been experimenting with using a grain of sand as a potential phylactery. In fact, I’ve become quite obsessed with this idea. My last several attempts were unsuccessful. I need to find sand that originates from inside an elemental volcano. I will send servants claim such a place.

-Campaign date- I just found this old tome in my library. I wonder who authored all this nonsense? Is this a trick? Why is everyone always trying to trick me? I will find whoever the interloper is! 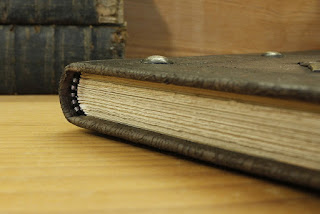