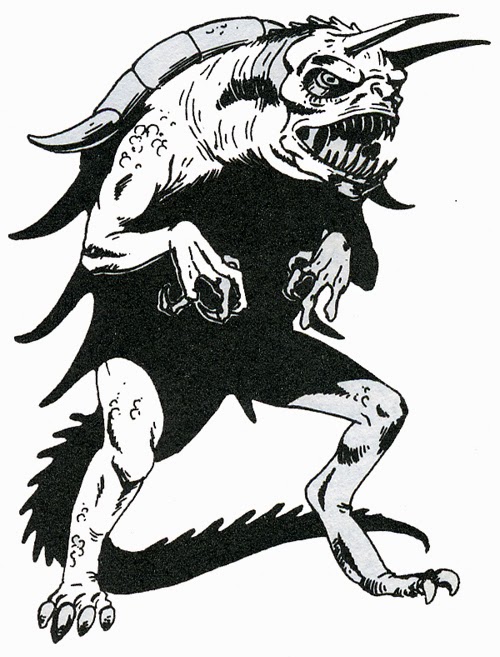 When you think of old school monsters nothing beats the armor plated, massive engine of ruination that is the Tarrasque. I recall the first time I saw this beastie in the 1st edition Monster Manual II. All I could think was this was the pinnacle of challenges. If a party was epic enough to take this thing on their badassery would be on the short list of bard songs forever.

The legendary tarrasque is possibly the most dreaded monster of all, for when it is active it ravishes the countryside for miles. All vegetation and animal life is devoured or driven away. The land through which the monster passes becomes a barren waste which requires years to recover. The tarrasque eats voraciously and continually, and all living things are food to it. Although it prefers warm-blooded creatures over others.

Holy crap! How do you stop this primordial tank of crashing annihilation? Well you have to basically turn it to hamburger and then use a wish spell. Oh wait it’s also virtually invincible and resistant to all damage. Fortunately for the realm, like Godzilla, the tarrasque is not active all the time.

In my youth as a DM I could not wait to gleefully unleash the tarrasque upon my players. Well just last year I was able to do it again after about two decades. We had a large miniature commissioned for our summer game event called Ultracon. The theme was an epic gathering of all the heroes the campaign has seen over the course of the last 30 years. The ultimate baddie was Tiamat which is ironic considering the Tyranny of Dragons release coming. That said one of the bosses the heroes had to contend with early on was the tarrasque. 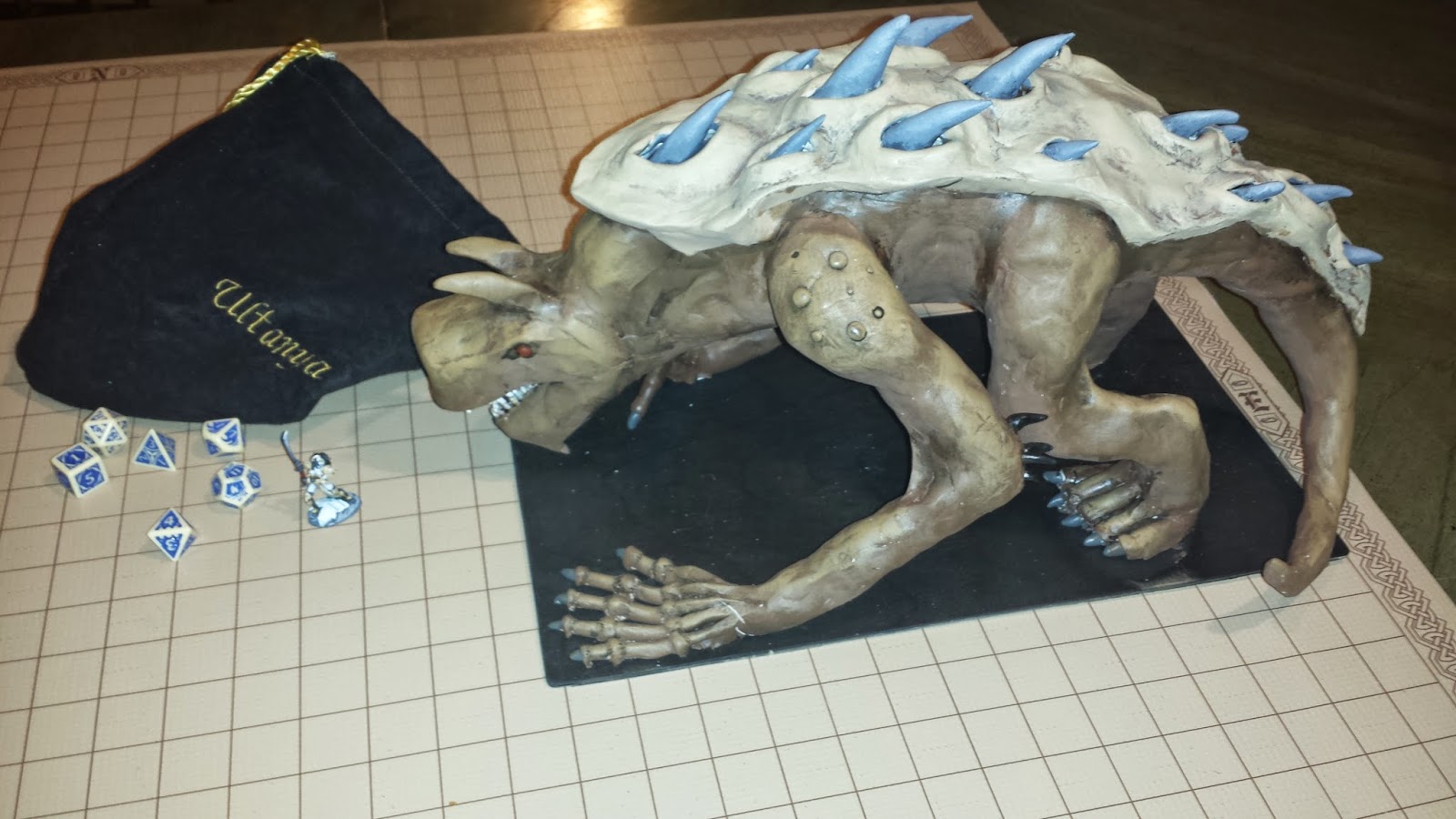 Pictured to the right is an example of the miniature on a standard 1” battle mat. Standing before the tarrasque for perspective is a character from our current campaign (played by my wife) named Jord. Some of you may recognize the miniature from Reapercon this year. It was painted by Daniel Ireland who is one of the players in our group and placed with a silver medal.

We had some fun in our encounter by using the Tract of the Tarrasque battle map whenever someone was swallowed whole. Created by terrific art of Jared von Hindman (Gencon in 2010) it was a total blast. Trying to escape such a prodigious digestive tract through an even more epic orifice made for all sorts of good laughs. So who among you has your own tarrasque exploits to share with the rest of us?