So, last night the Stranger Things season 2 trailer aired during the Super Bowl and left all sorts of questions. As a D&D player all I have been focusing on is the massive spider creature. I quickly took to Twitter and G+ to see what fan theories everyone had before developing my own this morning. I started to think about the Demogorgon and Thessalhydra from season one. Both creatures arguably have Greek origin and carefully avoided the intellectual property minefields of Dungeons & Dragons.


The creature depicted in the trailer sketch, and inside the Upside Down looks very arachnid to me. I can count eight legs, yet there appears to be a head looking down with a large tuft of hair. This immediately makes any D&D player think of Lolth, the evil spider goddess. Or could it be a variation of Arachne, the Greek goddess turned into a spider? If the Duffer Brothers wanted to use a Lolth like entity for the D&D games played by the kids, Arachne certainly does that nicely. 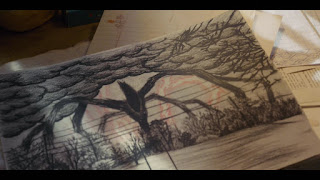 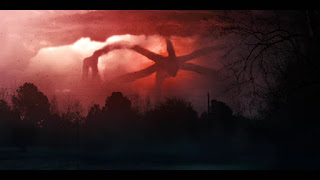 Obviously, the lore of the Greek Arachne does not totally fit the show, but I don’t think that necessarily matters. If you recall it almost seemed as if there was web like material within the Upside Down in season one. And what about the egg sac that Chief Jim Hopper stops to look at? In the very least it would seem that the appearance of this spider like creature is no coincidence. 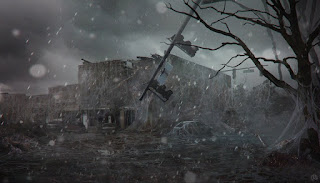 What do you think the giant spider creature is? I always find it fun to take what clues we have and theorize together. I cannot believe we must wait until Halloween to find out!