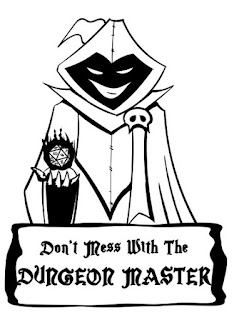 Don’t worry as I’m not referring to the Blockbuster VHS tape motto from yesterday. Rather to think back to when some of us started playing Dungeons & Dragons, so long ago. You know, those early years when the game was new, and we were still learning as we played? With that foundation in mind I wanted to talk about something that really irked me this past weekend. At first I wasn’t going to follow-up on the event, but it just keeps gnawing at me. What could it be? How about a very young DM being pushed around by some older players.

For background my 10-year-old son and I decided to visit all the local game stores, and do some shopping together. Now an avid gamer, it’s great quality time together with my son, who admittedly is still wide-eyed when it comes to role-playing games. One of our stops landed us in a store which had several Adventurers League games going in the back room. While browsing the miniature racks, I could not help but overhear the session being played right next to me.

The table was being run by what appeared to be a very young tween (maybe 12-13). The players were in their 40s based on appearance alone. Our young DM is describing what a temple room looks like, to which one of the players obnoxiously makes a sexual reference. The latter is never appropriate in a public game, but that is the subject of another post. Soon thereafter a combat ensues in which the real problems started.

As soon as initiative was rolled, the older players at the table took every opportunity to quote rules and mechanics nuances. It was not done in a helpful way at all, but rather a chiding manner, which quite honestly, I found offensive. Exasperated and literally ganged up on, our young DM caved and went with the crowd at every turn. At one point my son looked to me quizzically and said, “why don’t they just let him DM?” It was that question that hit the nail right on the head in terms of this event unfolding before our eyes.

I could empathize with this young DM, since my time behind the screen started when I was ten years old. Very quickly my player circle exploded, many of which were seniors in high school. Some of those early sessions were rough with the older kids trying to exert control. That said, I learned to establish rule zero if I was going to maintain any semblance of order at the table.

When DMing in a public venue it’s even harder since you never know what sort of personalities may show up to play. A DM already needs thick skin, and the ability to deal with many different idiosyncrasies. Now add to that being potentially decades younger than the players at your table. Why is this important? Because it’s going to start to become more common place around gaming venues everywhere. There is a whole new generation of players growing up in a time where role-playing games enjoy a popularity never seen in the past. 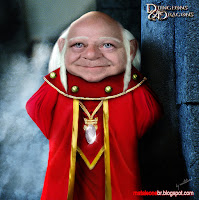 But as always there is a shortage of game masters, regardless of the system. Putting yourself out there, in the public to run a game session, takes a tremendous amount of courage. Some people are just naturals, and others take the role out of necessity. Some players, myself included, prefer to make a world rather than just one single character. Whatever the reason may be, there is a whole cadre of new Dungeon Masters coming up through the ranks now. The older generation of players and DMs alike need to be supportive, and help grow the hobby. Admonishing a young DM for not being a rules encyclopedia, and embarrassing them publicly helps no one.

DMing is arguably a thankless job sometimes. You are the director, production crew, all the supporting characters, and ultimately the organizer. Ironically over the years I have found the players most critical of a DM have spent little to no time behind the screen themselves. It always reminds me of my children’s sporting events. The parents which are barking and being the most obnoxious are usually the ones that never played a sport themselves. 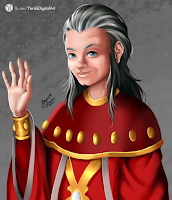 If a young DM has their enthusiasm lessoned by bad public experiences, chances are they will eventually hang up their hat. Or alternatively, they will switch to only home games with friends and family. Either way this is not good for the hobby, and older players need to be mentors when afforded the opportunity. Sure, all the memes like “I have dice older then you kid” are funny, but where does that ultimately get us? I think sharing the love of this awesome hobby, and helping to bring new players and DMs up through the ranks is much more important.

Before leaving the store that day I found that young DM outside opening a tube of dice he had just purchased. I spent a few moments offering some advice and directed him to my blog. But most importantly, I thanked him for being a Dungeon Master, and encouraged him to keep forging ahead. He was very receptive, and seemed genuinely uplifted by our short talk.  Who knows, he could be the next great fantasy writer, a game designer, or perhaps a DIY publisher someday. Or maybe he will just continue being a DM, because another gamer took the time just to say thank you.
Posted by Grand DM at 12:52 PM