Back in the 1980s collecting dice was part and parcel with playing role playing games. There was no online ordering or social media to help spread images of new products all over. Sure there were printed publications but they only reached the audience that purchased them. I think as a young gamer part of the fun was just discovering new things and it made the FLGS very important. My favorite haunt was Allied Hobbies in Philadelphia during that time frame. It was there that I saw my very first D100 or correctly known as the Zocchihedron. 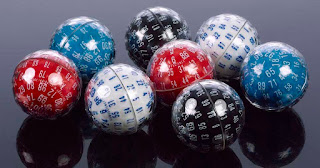 Having already been enamored with collecting polyhedral dice this monstrosity was the big times! WOW. It had 100 facets and was the size of a golf ball. When rolled on the table it would barrel over miniatures like the Raiders of the Lost Ark boulder trap! I NEEDED one of these and would double my chore efforts to save enough for one. I eventually collected quite a few of them and ironically they never saw much use. They were utilized more as little maracas by my younger sisters than ever on the game table. The sound came from diminutive weights inside the die which assisted it to settle when rolled. 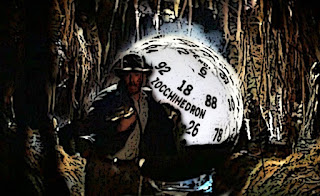 Lou Zocchi, the founder of Gamescience, invented the Zocchihedron after several years of development. Lou’s dice are definitely my favorite to this day and I was very excited to see Gamescience back in business after a short hiatus. The Zocchihedron to me is synonymous with old school nostalgia. Even to this day they are a blast to pull out and use even when two D10s would be easier. This is especially true if you are playing any sort of percentile based RPG. The Zocchihedron can be used to create some table suspense as everyone crowds around to see the result of some important roll.

The die did not come without some old drama however which started in the 1987 issue 85 of White Dwarf. An analysis sent in by reader Jason Mills allegedly showed bias to numbers at the poles of the die. My understanding is Lou Zocchi subsequently corrected the issue by using less glue that held the two die halves together. That remedial measure removed extra weight which in turn was causing the potential bias. I personally never experienced this and my Zocchihedrons have always seemed to roll rather randomly. 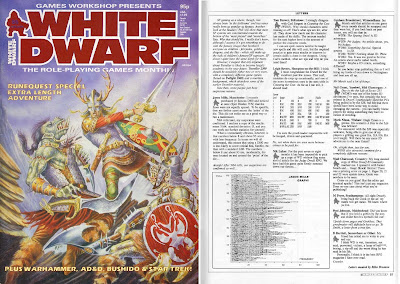 So did you collect the legendary Zocchihedron? Have you used them during your game sessions or are they only a novelty die? With the holiday season upon us a Zocchihedron would be a fun gift for that hard to buy for gamer. In the very least they make for a great conversation piece and ultimately are really fun to roll. 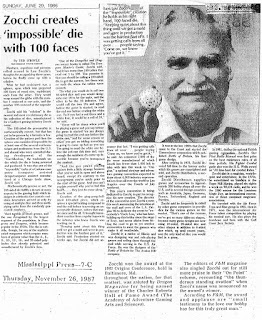