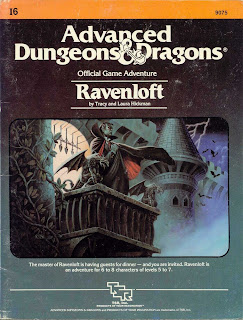 With Halloween still upon us I thought this post may be helpful for those planning their own Ravenloft excursion this month. I6: Ravenloft is gothic horror classic and my favorite of all the early AD&D published modules. Every October I run the adventure because it has such wonderful replay value. The main villain, Count Strahd von Zarovich has the classic yet tragic story of a fall from grace. As a vampire who is hundreds of years old his motivations can be different every time you play the adventure. Additionally, castle Ravenloft itself is so voluminous it’s impossible to explore in one game session. This makes it absolutely perfect as a Halloween one shot every year.

Always wanting to mix things up, I created a situation this year which was a mash-up an existing motivation and something new. For background Strahd once loved a woman named Tatyana, who rejected him in favor of his younger brother Sergei. On Sergei and Tatyana's wedding day Strahd murdered his brother and the grieving Tatyana jumped from the walls of Ravenloft to her death. Hundreds of years later in the small town of Barovia dwells a woman named Ireena Kolyana, who is basically a reincarnation of Tatyana. Strahd in the madness of his undead curse still loves Tatyana and wants Ireena to be her. 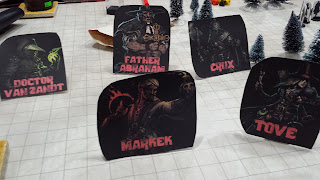 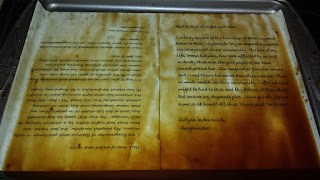 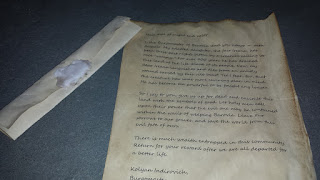 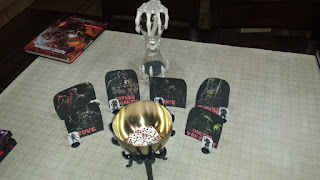 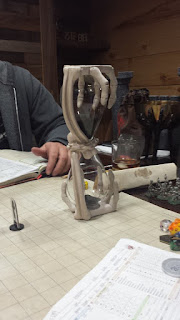 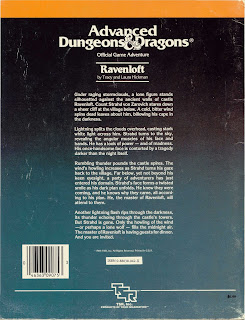 Obviously, I did not include all the details of our 8 hour game session but I think I gave a good flavor. The foundation I believe in running I6 is the gothic horror element of it. The story needs a slow build up to the point where they player characters encounter Strahd. In traditional gothic horror there is a pervading sense of uncertainty coupled with usually a nearly insurmountable foe. This was my eleventh Halloween season running this adventure and Strahd has most of the victories. This year the player’s legitimately won and can wear that badge of honor with pride. When Strahd became mist there was a round of hi-fives all around the game table.

In a decade, only once has Strahd been staked in my game sessions and that occurrence will continue to be a rare very instance. Defeating Strahd in my opinion should be surviving him and stopping whatever his immediate machinations may be. Strahd will always be a name that strikes fear in the players which gather around the table in the Game Tavern. After all he is ancient, he is the land, he is Strahd…
Posted by Grand DM at 12:42 PM