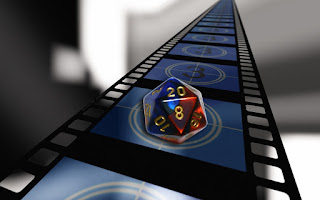 So the new Dungeons & Dragons movie will be moving ahead because of a settlement agreement. Admittedly I’m excited about this news but will reserve the right to make a saving throw once we learn more about it. Exploiting the geek culture has been really rampant the last few years. Big companies have realized there is lots of money to be made and now everyone wants “geek cred”. The problem is those of us that have always been here can sniff out a poser faster than you can roll a D20. Forbes had a great post called Fake Geek Girls Go Away a few years ago that was right on point.

That remains my biggest concern when something as big as Dungeons & Dragons comes back to the big screen. I know Hasbro is involved but honestly that can mean many different things. Will actual players of the game be consulted and utilized? Will it be screened by those of us that were rolling dice and exploring dungeons before it was cool? Or will it helmed by yet another director and group of producers that think they are in touch with the RPG culture? Having the poser geeks running things behind the DM screen will be another recipe for disaster regardless of what their cinema credentials may be.

There has been some recent stir about Vin Diesel possibly being involved in the movie. While I think that would be the icing on the potential awesome cake it does not excite me on a granular level. What would excite me would be the approach Wizards of the Coast took when designing 5th edition. They polled the community of real players and actually used the feedback provided. Quite honestly, even if they never used ANY of the feedback it was a smart marketing strategy. And if anything it put their internal ideas to test against a much bigger think tank, i.e. the public.

Even though I highly doubt Hollywood would ever use a strategy like that I think it’s a missed opportunity. The previous Dungeons & Dragons movies were dismal in so many ways it was almost laughable. I just cannot imagine spending millions of dollars on a project without completely understanding the game and its fans. Many people want to be part of the geek renaissance but their true investment in the culture is only skin deep. Sort of like the guy who was trying to convince me he had the same Game of Thrones shirt. I had to ruin his day and explain I was actually wearing the Dungeons & Dragons ampersand. 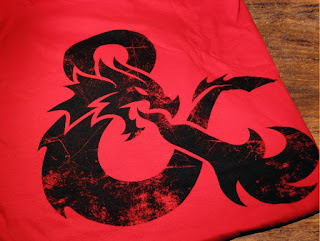 What are your thoughts or hopes for the new Dungeons & Dragons movie?