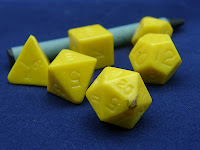 One thing I have noticed about the Grognard movement and OSR gaming is the faces are mostly the same. For the uninitiated OSR stands for Old School Renaissance which takes us back to the original versions of D&D. Older players have eschewed the newer iterations of the D&D game for their trusty old editions. I personally cut my teeth on Basic to Advanced and have a huge affinity for the old school. There is just something charming about simplicity – hex crawling – and making stuff up on the fly.

So I can see why WoTC is making such a big push with 5E or DnD Next as it is known. And while I like the idea of an open source and modular system I will be surprised if it’s successful. The current generation of gamer does not use paper, dice and their imagination. Rather they generate a character with pixels on a screen using someone else’s imagination. Their attacks are a function of personal dexterity and brilliantly shown with cutting edge graphics. They visit lavish environments which do not require a lengthy read in by the DM – it’s all there in front of them visually. No my wayward Dungeon Masters, today’s young gamers are a different breed.

This is why I believe that table top gaming will never appeal to the new generation of gamer. The minority will be children who grow up in a household (like mine) where the parents play and teach RPGs.  As technology advances so will online gaming and tactile social gaming will continue to vanish. Does WoTC really think that young gamers who have so many choices will want a watered down version of DnD? While some may hate 4E it was indeed geared toward MMORPG players and even that did not pull them away from their ten hour WOW raids.

The only marketing solution I can even conceive of which will make DnD Next enticing is free rules. Yes I said FREE. Just as many MMORPGs have moved away from subscription base and gone free to play so should DnD. Let everyone have a 5E Players Hand Book for FREE (digital download PDF). A new gamer is not doing to shell out 30-40 bucks on yet ANOTHER edition of a pen and paper game. Hell, many old time gamers will be reluctant as well – myself included. 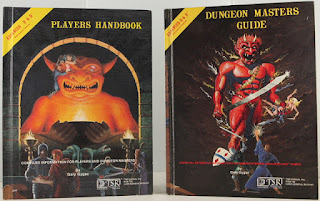 Something which may help to make DnD Next more appealing would be a serious push to include robust online tools. REAL online tools so players all over the world have the same convenience afforded by MMORPGS: Accessibility, voice chat and visual aids. The biggest argument for MMORPGs is you get right into the action and can play anywhere you have an internet connection. Table top on the other hand requires scheduling, a place to gather, and travel.

I like all the open play testing WoTC is doing with DnD Next – it’s a clever marketing plan. I just fear the only people planning on purchasing/playing the game are those 30+ something’s that are looking for some nostalgia. Which to be honest could be found just by cracking open some old 1E books and playing the game. In the end I hope my predictions are wrong and remember regardless of the edition the play’s the thing!