Dragons. The most iconic monster ever. Their name is in the title of the D&D game. Over the years, there have been countless iterations. Admittedly, I have never been very keen with how they are represented. In my own campaign world, dragons are separated into two piles. The published versions, which are the younger of their ilk. Then my home-brewed dragons, which are the antediluvian horrors of the realm. These are elder creatures, which have seen kingdoms rise and fall, and cataclysms change the face of the planet. 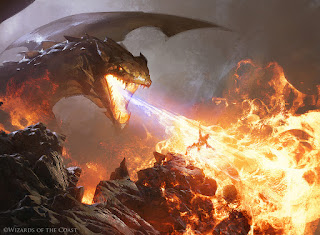 These dragons have special abilities, which make them nigh impossible to defeat. Even the mightiest of heroes have scars both physical and emotional after crossing their paths. You would be wise to take the advice of that old woman in the tavern. Stay away from them. It’s a fool’s errand. The horror she witnessed so many years ago…it is true.

Below are four types of special breath weapon to use when beefing up your own dragons. These will help keep even the most veteran (or meta gaming) players on their toes. In addition, they will help forge legends at your table, untarnished by time!

1. Double Breath (Recharge 3-6): this dragon was born with twin organs, which produce its breath weapon. This causes the creature to regenerate the use of its attack much faster.

Special: If the dragon has legendary actions, it can spend two points to use both organs at once. This produces a super breath weapon, which does double the normal damage. Afterward the recharge becomes to 5-6 for two rounds. This dragon should have terror heaped upon its name.

2. Pinpoint Breath: this dragon is an expert at using its breath weapon to hit small targets. This power disregards whether it normally has a line, cone, or cloud attack. The dragon can choose to use its breath normally or focus it into a singular attack. The target has disadvantage on its saving throw to avoid this damage.

Special: If the dragon has legendary actions, it can spend one point to double the range of its pinpoint breath for the next attack. If two points are spent then the range is tripled. This is a devastating tactic when combined with the dragon’s ability to keep distance with flight. 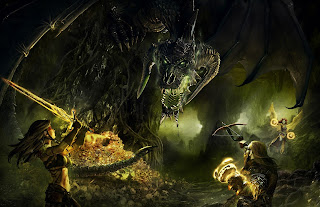 3. Incendiary Breath: this dragon’s breath weapon also contains a sticky, adhesive goo, which ignites when exposed to air. The terrible smelling jelly burns extremely hot, doing 5d6 fire damage every round. A creature can end this damage by using its action to make a DC 15 Dexterity check to scrape off the burning substance.

Special: If the dragon has legendary actions, it can spend one point to cough up extra incendiary goo on its next breath attack. The damage caused by it will then ignore fire resistance. If two points are spent, also increase the damage to 10d6.

4. Smog Breath: this dragon was born with a second breath organ, which has a congenital defect. Instead of fire, it produces a fog of toxic smoke and ash particles. Every time the dragon uses its normal breath weapon the smog also issues forth. This 30-foot cone causes targets to cough and gag uncontrollably. Each creature in that area must make a DC 15 Constitution saving throw or become unable to breathe. A creature affected in this way is Incapacitated and Suffocating. As long as it is conscious, a creature can repeat the saving throw at the end of each of its turns, ending the effect on it on a success. The Lesser Restoration spell can also end the effect on a creature.

Special: If the dragon has legendary actions, it can spend two points to cause its next smog attack to linger. The radius is 30-feet anywhere within the range of the attack. This area is heavily obscured until a wind of at least 10 miles per hour blows it away, or until the duration ends. 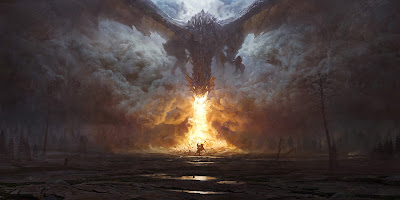