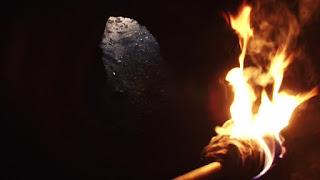 The pines were roaring on the height,
The wind was moaning in the night.
The fire was red, it flaming spread;
The trees like torches blazed with light.
― J.R.R. Tolkien, The Hobbit

So what’s really involved in making a torch? With it being a quintessential piece of adventuring equipment I thought it may be worth looking into. I‘m sure some of you know how to make a torch in a game such as Minecraft, but what about for real? That is information that may be helpful someday in a natural disaster, zombie apocalypse or even a fantasy RPG. In the latter a torch is always something that seems to be available when shopping for your next dungeon delves.

But what if your character was lost in some ancient dark forest? You desperately needed to find a light source and some warmth. Sure the Dungeon Master may allow some sort of wilderness or nature check, but let’s face it, that seems incredibly boring. What if instead you were able to describe what your ranger or druid was doing to create a torch? This may even turn into an opportunity for a cool game event to happen. The Dungeon Master, inspired by this role playing, decides the tree you are harvesting has a magical property!

Old world craftsmanship and survival skills seem to be something modern society has all but cast aside. How many people reading this actually know how to start a fire without benefit of modern tools and fuels? I’m willing to bet that number can be counted on two hands. Playing adventurers in a fantasy role playing game should pique your interest in these sorts of things.

Six torches in the original D&D Basic set had a price of one gold piece. That seems like a lot for a few pieces of wood that just burn, right? Well they are not ordinary pieces of wood. Instead they have a coating of resin that not only burns more brightly, but with less smoke. Often the resin is so potent that rain water will not even extinguish the torch. The Art of Manliness blog did a great illustration a while back showing natural versus modern torch making: 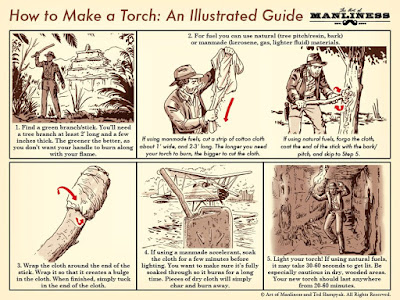 If making camp for the night, your adventurers may use split logs to create a cooking torch. More commonly known as a Swedish torch or Canadian Candle, it can be created with just one log. In this video Eagle Scout Creek Stewart, host of Fat Guys in the Woods on The Weather Channel, explains how to build a Swedish torch. 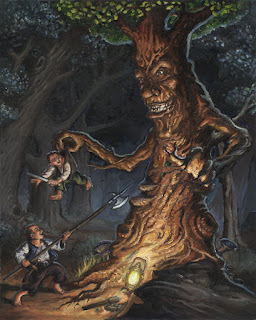 That same split technique can be used in a pine wood knot to make a great torch. The Rocky Mountain Bushcraft blog gives us a step by step guide here. These historical skills are something that would not be lost on adventurers in a fantasy world. Sure the party wizard may be able to create fire with the snap of their fingers. That does not change the fact that knowledge such as this is, would not only useful in the real world, but helps with immersion at the game table.

Next time your character needs a torch put aside those dice to add some flavor to the session. Describe for the players assembled the type of tree you are looking for and how you will craft the torches. Newer players have asked me a few times to describe old school style of play. The torch, as presented in this post, is almost like a metaphor for old school style. Not only is it an important resource early in an adventurer’s career, but gathering and crafting your own is gaming outside the box. That is the essence of old school style, less roll play and more role play!

Of course I will leave your adventurers with one cautionary statement: If while harvesting wood for torches you notice the tree has a face or appendages you may want to run!
Posted by Grand DM at 3:05 PM