This morning while taking my normal train into the city I overheard something that made me smile. A few seats ahead of me were three young college students, probably freshman, discussing Dungeons & Dragons. Two female students and one male to be exact. How did I know they were students? Well it was not hard to see all the spiritwear proclaiming so. Their conversation involved how they recently took a chance playing the game and had a blast. They were very enthusiastic and looking forward to their next session.

At one point the conversation shifted to the origin of the game and one of the students brought up her uncle. She went on to explain how when he played D&D it was considered occultism and witchcraft. Of course the cerebral students all laughed at this and considered such thinking not only backwards but ridiculous. This immediately made me think back to the early 1980s and living through the hysteria generated by D&D.

I started playing the game in 1983, and my family was very well aware of the claims that D&D involved devil worship. Luckily for me, my clan is a forward thinking bunch, and I was never asked to stop playing D&D. That being said, the social stigma of the game was almost palpable in some circles, especially school. In 1984, Patricia Pulling founded B.A.D.D. (Bothered about Dungeons and Dragons), after her son allegedly committed suicide because of D&D. This of course made the teen pastime of D&D an even bigger target to curious onlookers and doomsayers. 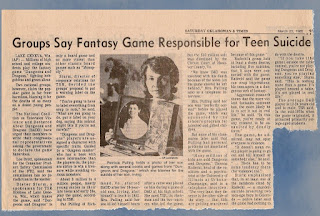 Between B.A.D.D. and the 1982 Tom Hanks movie Mazes & Monsters, D&D was seriously under fire. Then it all came to a boiling point in 1985 when 60 Minutes aired its notorious segment on Dungeons & Dragons. Co-creator Gary Gygax defended the game which was contrasted by interviews with Patricia Pulling. This all of course fanned the flames of nervousness parents had over their children playing role playing games. But as with most manufactured hysteria the years rolled on, and the flames were extinguished as people like Pulling were discredited.


Fast forward to 2016 and D&D has touched every major form of media from cinema to PC games. References to the game are everywhere, some of which people do not even realize. Table top gaming is actually having a big renaissance now as social media has finally become mundane. People want to re-connect and actually socialize around a table and real tactile gaming helps to facilitate this. Things like superheroes, comic books, role-playing games and science fiction are now mainstream. Being imaginative and creative is rewarded instead of ridiculed by the status quo. All these wonderful changes could not have happened if those of us who played D&D in the 70s and 80s did not weather the storm. For those interested in reading some of the panic induced articles of the 80s here is a small collection: 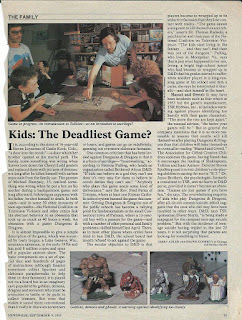 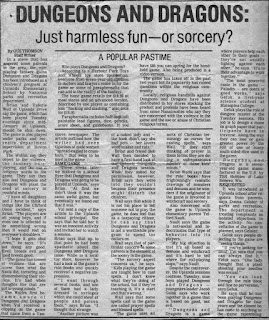 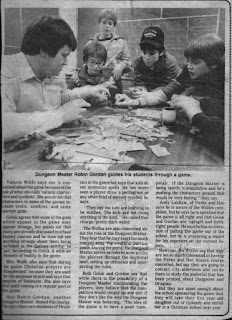 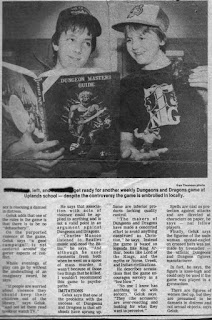 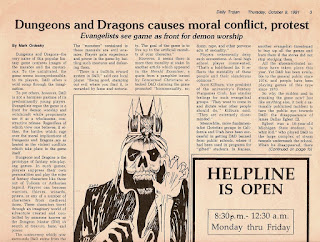 As I sat on the train this morning I silently mused over all these things. My day dreaming was interrupted when I heard the conductor announce my stop over the loud speaker. As I walked past that cluster of young gamers I paused and turned to greet them. I suggested that they check out Ultanya.com as they may find a post later in the day interesting. I hope they see this but if not maybe someone else new to role playing games will stumble across it. As the old adage goes history repeats itself. Let’s not let that ring true with everything we do not understand. Think big, think aloud, and most importantly think for yourself!
Posted by Grand DM at 11:46 AM