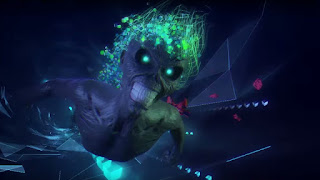 The new Iron Maiden album Book of Souls has some great thematic stuff to draw inspiration from. Add in new imagery of Eddie the head and it just all meshes so well with old school gaming vibe. Just a look at full track listing and any of these songs could be the name of some old school module: 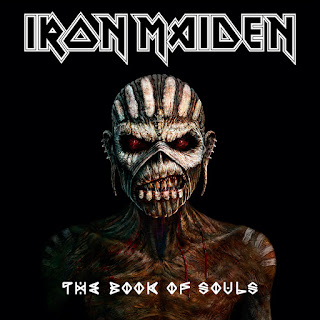 According to their website The Book Of Souls is the band’s 16th studio album since their eponymous debut in 1980 charted at #4 in the UK, in a career achieving sales of over 90 million albums worldwide. Their previous album, 2010’s The Final Frontier was Maiden’s most successful chart-wise to date, reaching Number One in 28 countries and was their highest chart debut in the U.S reaching #4 in the Billboard 200.

In a previous post I detailed how metal has been a foundation for the gritty side of my imagination as a Dungeon Master. I’m sure as most old school gamers can attest metal and RPGs walk the same path for a couple reasons. Besides dealing with thematically similar material they both had popularity spikes in the 1980s. In my older post I created a magic sword to use in any campaign named Death Metal. I have decided to follow-up with a new creation inspired by Book of Souls fittingly named Speed of Light.

Description
Speed of Light is crafted from a crystal shard which legend holds fell from the sky in a great ball of fire and energy. The knowledge of who was able to fashion the shard into a weapon has been lost to time. The long jagged shard is secured into a magic handle and cross guard. When held the weapon pulses faintly in the wielders hand until used in combat. At that very instance the shard vibrates so fast it literally becomes a beam of hazy blue light.

Powers
Speed of Light constantly exists in multiple times and dimensions when used during combat. As it cuts opponents they are stricken with glimpses of these strange alien sights and sounds. Targets struck by the weapon are unable to comprehend the otherworldly cosmic visions because they have no real context and become paralyzed for 1d4 rounds. A saving throw should only be allowed if the victim is damaged again by any source.

Speed of Light has a +2 enchantment bonus and should be considered neutral in terms of alignment. The wielder of Speed of Light gains an additional attack every round.

Unfortunately such power comes at a cost. Every time the wielder uses Speed of Light in combat there is a cumulative 10% chance it simply vanishes and appears in another time or place.

History
The first recorded use of the weapon exists on a royal tapestry of some antiquity. Speed of Light was responsible for the death of a great king because it left his side during a terrible battle. Some suggest the king dropped the sword or that it was wrestled from his hand. History and arcane scholars however are not convinced and believe the weapon has a paranormal or planar quality to it. Whenever the weapon makes an appearance if not secreted away many will come looking for it. Even though its power is fleeting for a short time it has the ability to turn the tide of any battle.