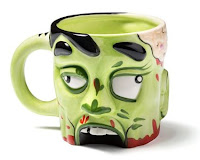 After a week of vacation my first day back to work does not have enough coffee in the world. I actually feel like a zombie as the vacation hangover slowly leaves my system. That being said, perhaps the way I feel has something to do with the zombie theme of this past weekend?

Last night many viewers tuned in to watch the first episode of Fear the Walking Dead. For those unaware the new show is a companion series to the very popular Walking Dead. The first season will be focusing on the start of the zombie apocalypse from the perspective of a dysfunctional family. The former will surely add a layer of complication for the characters. I personally enjoyed episode one even though many viewers have commented it was very slow.

The only caveat would be the reaction of some of the characters upon seeing their first zombie. They seemed as numb as a seasoned zombie slaying veteran rather than in shock. This oversight did not bother me enough to not continue watching the show but it was strange. I’m sure the characters have seen bizarre things in their lives but a shambling corpse that just won’t die? I’m sorry but the average person would not stand there gawking but would run for their lives.

A while back I purchased End of the World: Zombie Apocalypse and hope to finally play it soon. One of the scenarios presented in the book deals with the initial outbreak. I really think that would be a terrifying time to set a campaign in as society crumbles around the player characters. Panicked people, martial law, complete chaos, and the grid going down would happen really fast I would imagine. I’m looking forward to some inspiration from Fear the Walking Dead for my own games

In preparation for the first episode we spent Sunday in the Game Tavern playing one of my favorite cooperative board games Zombicide. Back in November of last year I shared some pictures of my storage solution for all the miniatures. In addition I included some custom character cards I created based on the Walking Dead cast.  I decided to create a few more and wanted to share them with all the fans out there. 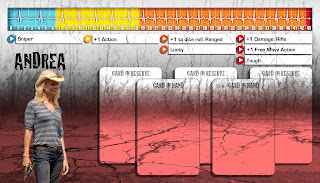 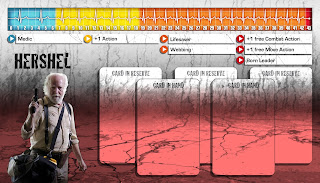 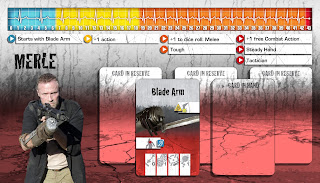 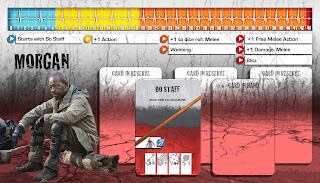 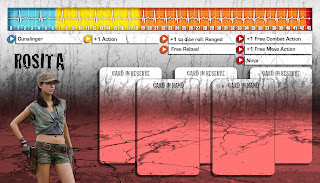 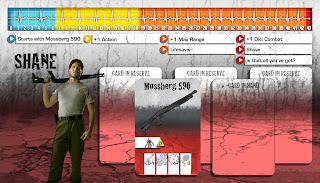