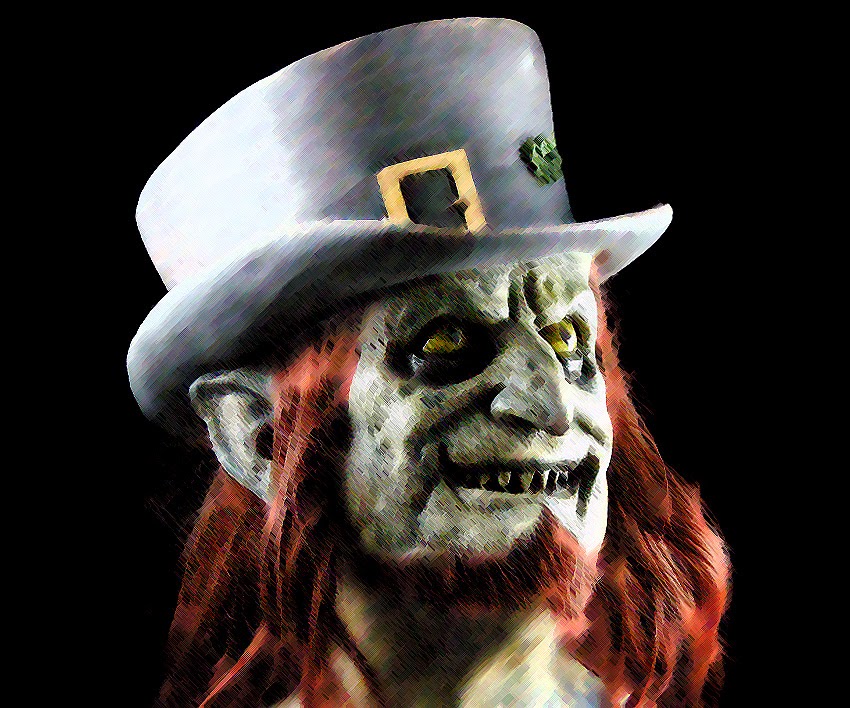 Back in the early 90s when the summers were endless it seemed like I played RPGs to my heart’s content. When the regular group was not assembled I ran a series of solo D&D sessions for my friend Tom. He wanted to explore the story of his wizard named Cord who was a dark and brooding character. Since Cord would be solo his powers were outside the four corners of a normal character sheet. One of the ways I justified this was by placing a rather nasty curse upon him.

The curse provided great benefit but also forced Cord to unravel its mystery. But unfortunately for Cord there were others so cursed as well who would prove to be a great hindrance. In the style of Highlander there could only be one and Cord would spar with these other cursed individuals often. But perhaps his greatest cursed rival was something I dreamed up literally on the spot. Roderick the Rabid was an incredibly malicious and evil leprechaun with vampirism.

Cord himself was a vampire as well so the battles between the two of them were the stuff of legend. Entire buildings demolished, statues smashed and stone walls broken. The combats had a very superhero vibe to them and were quite entertaining. And with Roderick often appearing at the most inopportune times Cord usually had his hands full.

With St. Patrick’s Day being celebrated tomorrow I thought it would be fun revisit Roderick a tad by creating a new 5E mash-up. In Irish folklore the leprechaun (leipreachán) is a diminutive sprite or fairy which is known to be quite mischievous. Because of their love of dancing leprechauns constantly need new shoes. Many were said to be cobblers and covet gold which they hid or buried under rocks. The most popular legends hold that if captured a leprechaun had the ability to grant three wishes. Often humans would track them by listening for the distinct tapping of the tiny cobbler’s hammer. William Allingham’s 18th-century poem titled "The Lepracaun; Or, Fairy Shoemaker" speaks of the unique sound:

"Lay your ear close to the hill
Do you not catch the tiny clamour,
Busy click of an elfin hammer,
Voice of the Lepracaun singing shrill
As he merrily plies his trade?"


So what would happen if this little trickster fey was captured by a vampire? After granting its three wishes it was then bitten and discarded. The creature awakens and its darkest desires are now an utter obsession. Music, gold and shoes it craves with a healthy hunger for a stomach full of blood.

Imagine a full moon casting light down upon a hill in the middle of a village. There dancing with a fiddle or harp is the small silhouette of a figure. A villager is awakened by the melodic sounds and sees what they believe to be a leprechaun. Three wishes may be for the taking so they grab their fishing net and sneak outside. Unbeknownst to the villager they are about to become the Vamprechaun's  next meal!

ABILITIES
Shapechanger. If the vamprechaun isn't in sun light or running water, it can use its action to polymorph into a tiny woodland creature, invisible, or back into its true form.  While in animal form, the vamprechaun can't speak, its walking speed is 5 feet, and it has a flying speed of 30 feet. Its statistics, other than its size and speed, are unchanged. Anything it is wearing transforms with it, but nothing it is carrying does. It reverts to its true form if it dies.

Invisible Passage. The vamprechaun magically turns invisible until it attacks. While invisible, it leaves no physical evidence of passage, so it can be tracked only by magic. Any equipment the vamprechaun wears or carries is invisible as well.

Legendary Resistance (3/Day). If the vamprechaun fails a saving throw, it can choose to succeed instead.

Prismatic Escape. When it drops to 0 hit points outside its resting place, the vamprechaun transforms into a multi-colored mist (as in the Shapechanger trait) instead of falling unconscious, provided that it isn't in sun light or running water. If it can't transform, it is destroyed. While it has 0 hit points in prismatic mist form, it can't revert to its original form, and it must reach its hidden pot of gold within 2 hours or be destroyed. Once at its pot of gold, it reverts to its vamprechaun form. It is then paralyzed until it regains at least 1 hit point. After spending 1 hour next to its hidden pot of gold with 0 hit points, it regains 1 hit point.

Spider Climb. The vamprechaun can climb difficult surfaces, including upside down on ceilings, without needing to make an ability check. 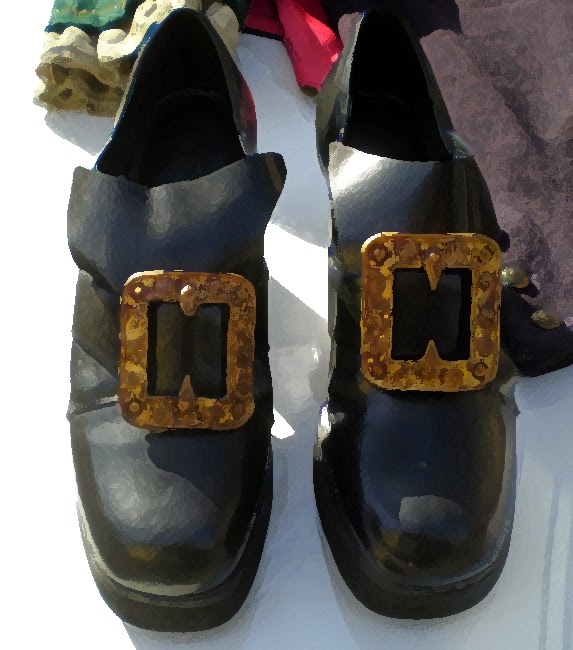 Cobbler’s Affection. The vamprechaun can be distracted by beautiful shoes and must make a DC15 Wisdom save at the beginning of every round it remains in the presence of fine shoes. If it fails the vamprechaun has disadvantage on all attacks for the round.

Forbiddance. The vamprechaun can't enter a residence without an invitation from one of the occupants.

Harmed by Running Water. The vamprechaun takes 20 acid damage if it ends its turn in running water.

Sunlight Hypersensitivity. The vamprechaun takes 20 radiant damage when it starts its turn in sunlight. While in sun light, it has disadvantage on attack rolls and ability checks.

Multiattack (Vamprechaun Form Only). The vamprechaun makes two attacks, only one of which can be a bite attack.

Bite (Woodland animal or Vamprechaun Form Only). Melee Weapon Attack: +9 to hit, reach 5 ft., one willing creature, or a creature that is incapacitated, or restrained. Hit: 7 (1d6 + 4) piercing damage plus 10 (3d6) necrotic damage. The target's hit point maximum is reduced by an amount equal to the necrotic damage taken, and the vamprechaun regains hit points equal to that amount. The reduction lasts until the target finishes a long rest. The target dies if this effect reduces its hit point maximum to 0. A humanoid slain in this way and then buried in the ground rises the following night as a vampire spawn under the vamprechaun’s control. 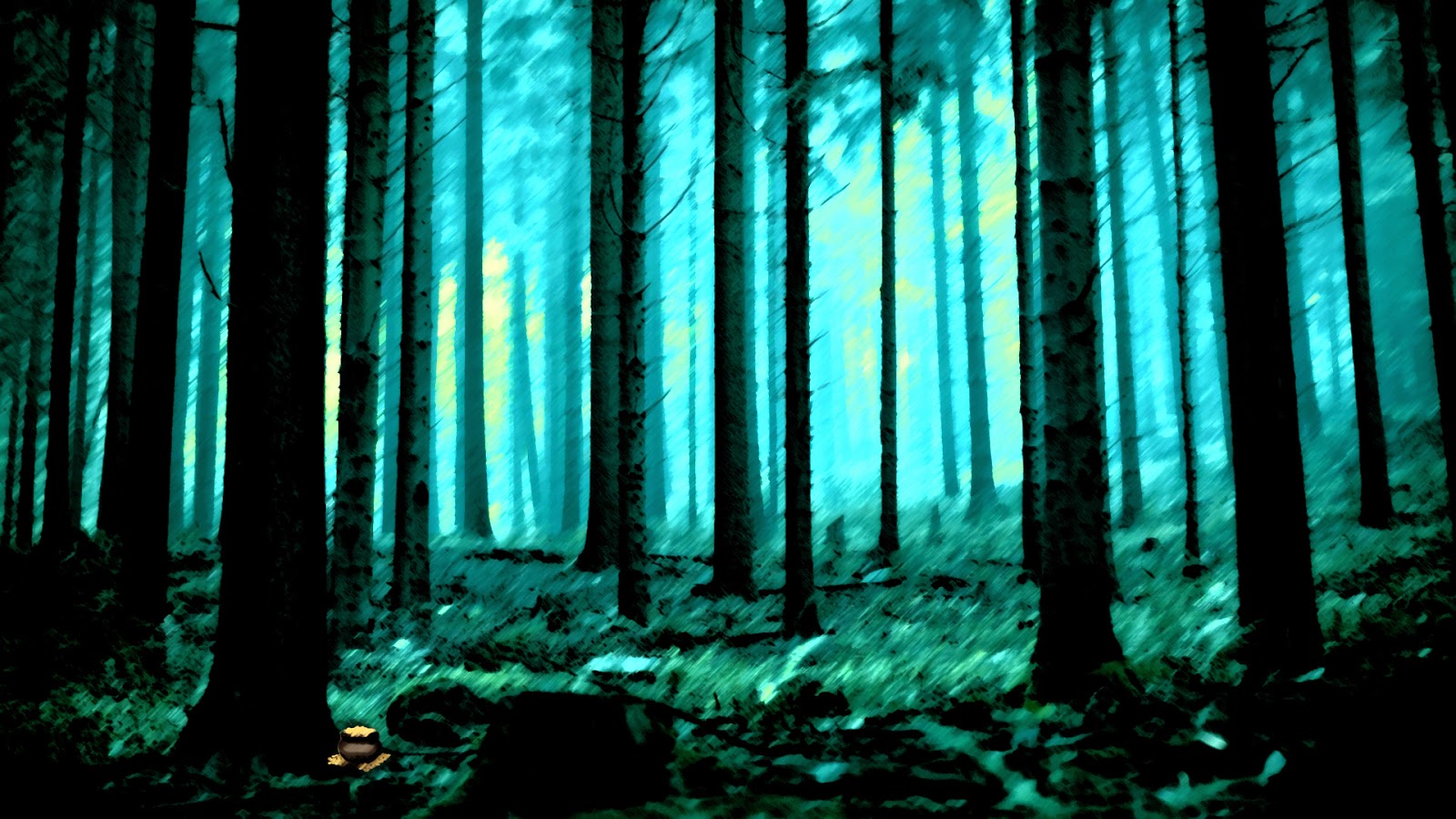