5E: The circle is now complete 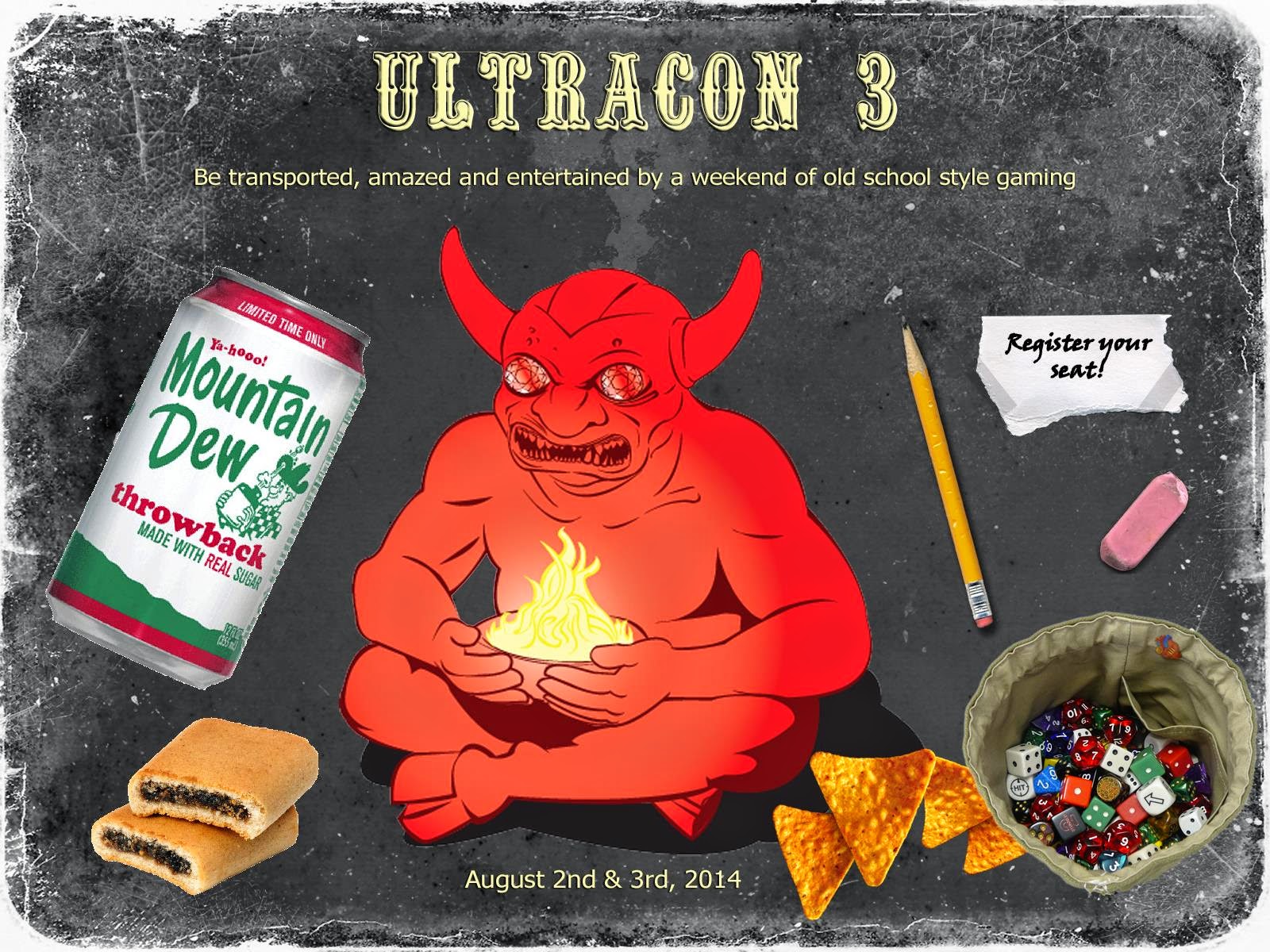 At Ultracon this summer we used a mixture of the 5E Playtest and Basic rules since we did not have the Player’s Handbook yet. The main event was played over the weekend and involved a custom mega dungeon which the characters had to navigate through. For background they were all prisoners in a monastery dungeon awaiting trial for their individual crimes. Unbeknownst to them below the monastery was an ancient ziggurat which was being excavated by the evil bishop and his zombie workforce.

At the beginning of the weekend an earthquake sent all fifteen players down into the belly of this ancient ruin. With nothing but soiled rags to wear they had to collect makeshift equipment and try to escape. In terms of stress testing 5E the story turned out to be a great way to do so. Old school practices such as being innovative and thinking outside the box occurred time and time again. Even the most stalwart war gamers in our circle enjoyed a mix of theater of the mind and dice rolling.

Our three game tables were an even blend of veteran players, returning players and new players. Perhaps the most important observation over the weekend was the ease at which 5E played. This is a game that really pays attention to its heritage more than any other edition. One of our DM’s had not sat behind the screen in over 20 years. He was able to comfortably game master rules almost unseen and had a blast doing it. Sure there were hand waves here and there but that is supposed to happen!

Throughout the weekend I did not hear one iota of rules criticism from even the oldest grogs who attended. Instead all I heard was people having fun with an old friend they thought they lost called Dungeons & Dragons. The simplicity of the game and the modularity are very appealing to me. If Wizards keeps its promise of avoiding endless class expansions riddled with power creep 5E will have major roots in the RPG community. As a big fan of the OSR and I’m already digging the O5R acronym and think it’s really appropriate.

5E may turn out to be my favorite variation of D&D to date. It’s tough to make a comeback but I think they did it this time. I have not seen this level of excitement produced by D&D since the golden era of TSR in the early 80s. Full circle indeed.
Posted by Grand DM at 1:11 PM