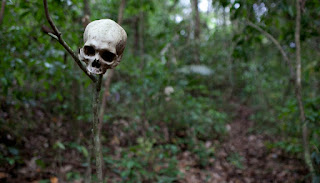 With the release of Tomb of Annihilation, I wanted to expand some on the dangers within a jungle setting. So I decided to base a few adventuring challenges off real life. While fantastical flora and fauna is expected in a game such as Dungeons & Dragons, sometimes the mundane is just as deadly. Below I have listed some things that could happen to player characters as they explore the wilds of Chult. As a Dungeon Master, these occurrences will help you bring the environment even more to life.

Although their average life span is only a few days, biting midges are not to be ignored. They are most active around dawn and dusk, and congregate in vertical columns, or swarms. They are commonly mistaken for mosquitoes by the unwary traveler. Female midges voraciously bite because they require blood to help form their eggs. The swarms are attracted to both humanoids and animals because of carbon dioxide generated by their breath. They are also very in tune with the smell of natural body odor and sweat when hunting for blood.

For this iteration, the swarm is considered a hazard. A living creature encountering a Biting Midge Swarm must make a DC12 Constitution saving throw or become Prone for one minute. This saving throw may be attempted again at the end of their next turn. For every round a creature is within the biting swarm, there is a 15% chance they contract a disease. Roll 1d4 on the following table to determine the disease: 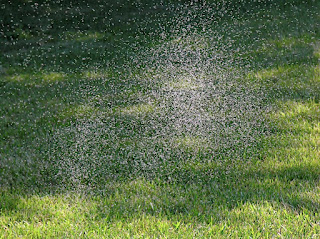 Aside from using magic, such as a Gust of Wind spell, the following are some mundane tips:

Listed below are two types of common infection within the jungle. In fact, they are so common that a party resource such as Lesser Restoration may be drained quite often.

Fungal (jungle) Rot: This occurs when the character’s feet are exposed to constant moisture and humid conditions. Each day a DC12 Constitution saving throw is required, to avoid bacteria infecting saturated feet. On a failed save, raised ulcers or carbuncles form in one day, causing terrible pain. Characters at this stage gain one level of Exhaustion. Within 1d4 days the feet will swell and gangrene will set in causing another level of Exhaustion. If this is not treated within a reasonable time (DM’s prerogative) with healing magic, amputation will be required. For this reason, it’s common to see foot amputees in Port Nyanzaru, most of which are foreigners.

Dry your feet. This can be done manually, or even with a Prestidigitation cantrip. Characters who do this daily gain advantage on saving throws against fungal rot. 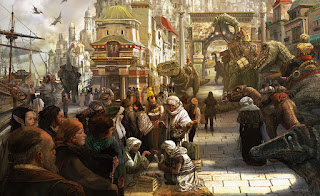 Nyanzaru’s Revenge: This condition comes with a fever, nausea, vomiting, cramps, and the abrupt onset of diarrhea. They won’t be laughing long after their characters are infected with it. With dehydration a constant threat (Page 38, ToA), characters in Chult are drinking all the time. Any ground or river water which is consumed without first being boiled is considered contaminated. In addition, the unsanitary handling of food can also cause this condition.

Any time a character consumes water or foodstuffs which is potentially contaminated, they must succeed on a DC15 Constitution saving throw. On a failure they have Nyanzaru’s Revenge, and gain a level of Exhaustion. The condition will then last 1d4 days, with subsequent saving throws allowed. For each new failure, gain another level of Exhaustion.