Everyone seems to have their own definition of what gonzo means when it pertains to tabletop gaming. The term is originally derived from journalistic writing and meant unconventional especially to the point of outrageousness. For me gonzo gaming material has always been that which requires the players to suspend disbelief more than usual. For those campaigns set in a highly magical or science fiction based world the former is not a hard leap to make. With that foundation in mind below I have outlined five gonzo weapons featured in comics and cinema for your consideration.

Dr. Otto Gunther Octavius also affectionately known as Doc Ock became famous for his mechanized prehensile appendages. The arms were mighty enough to allow Doc Ock to scale sheer walls and chase Spiderman around with almost no problem at all. Each arm was equipped with a pair of claws or pinchers which permitted Doc Ock to grab things and tear them apart. A mechanical or magical harness of appendages like this I could see in any campaign. Imagine a villain with extra attacks and the Spiderclimb ability on demand!

Richard Dawson Kiel (September 13, 1939 – September 10, 2014) made the character Jaws famous with his steel capped teeth. I personally can think of no other James Bond villain as iconic as Jaws between his teeth and penchant for avoiding death. In the movie Moonraker Jaws famously bites through a steel cable car wire. The team at MythBusters during their episode Jaws of Steel was unable to accomplish this with an exemplar and 10 tons of force using a hydraulic press. That being said, a magical set of teeth that would bind to the wearer enabling horrific bite attacks or cutting feats would be cool. 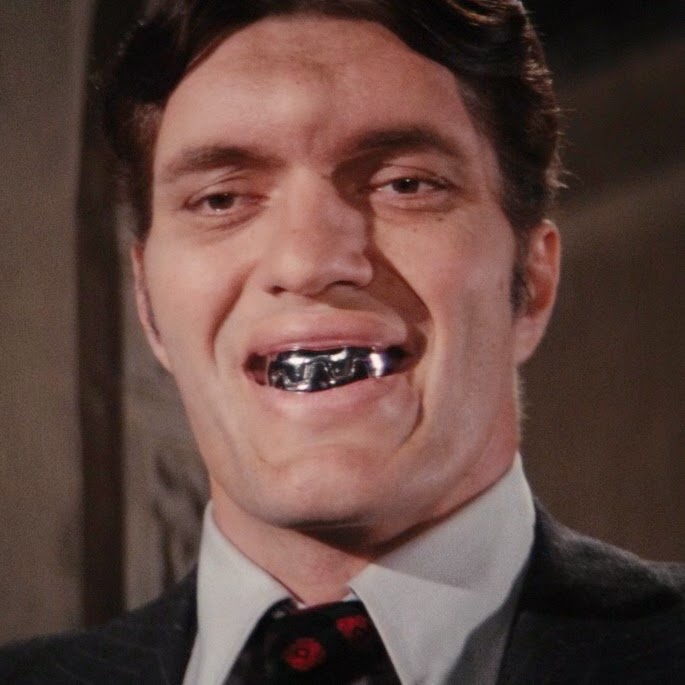 The spheres which are psychically controlled by the Tallman are known as sentinels. During the Phantasm series we see them equipped with blades, drills and even lasers. Weapons like the sentinels are truly the stuff of horror for any adventuring party to face. They feel no pain, have no emotion and are just mechanical or magical constructs of death. I really like the idea of sentinels used as a trap since they are not static and can chase their targets. The good news is Phantasm Ravager is coming soon to a theater near you! 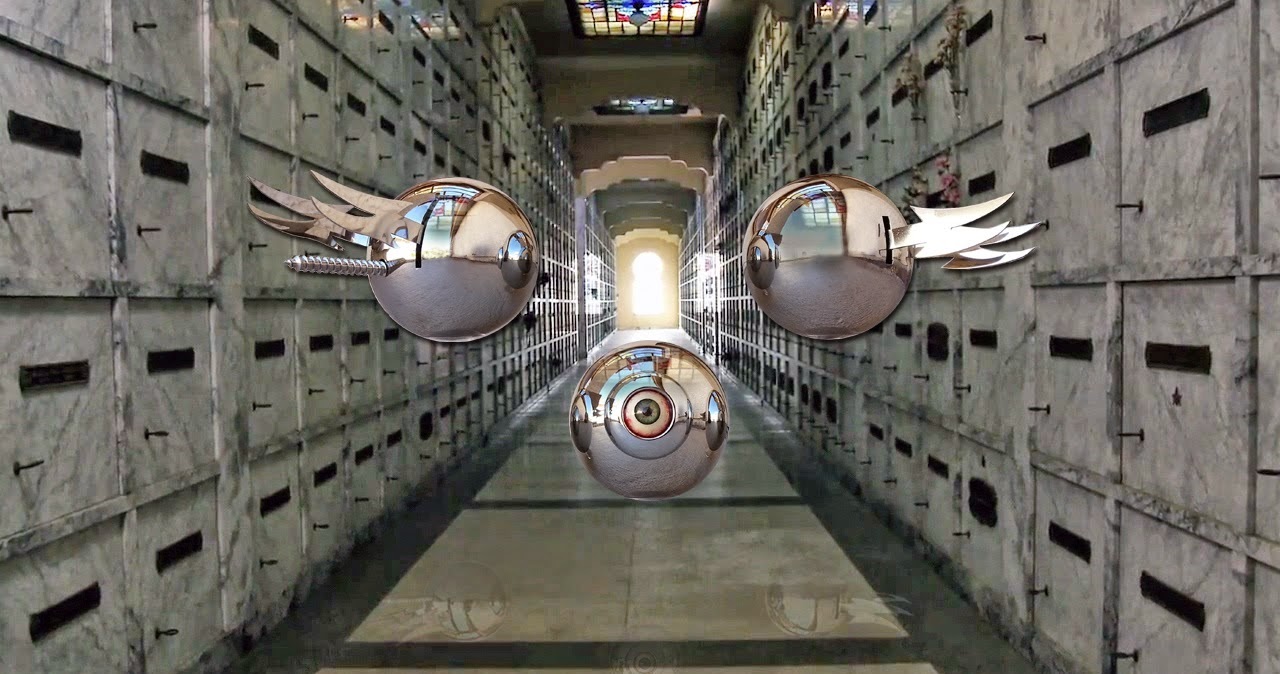 Ok, a shotgun crafted from ancient holy relics that fires blessed ammo? But wait it also comes equipped with an under-mounted dragons breath tube that sprays holy fire. There must be a line of clerics and paladins a mile long waiting to get their hands on this boomstick of holy badassery. I love the idea of adventurer’s living in a land plagued by undead collecting relics to build something similar. The dread lords of Ravenloft and their minions certainly would not want such a powerful weapon to be constructed. 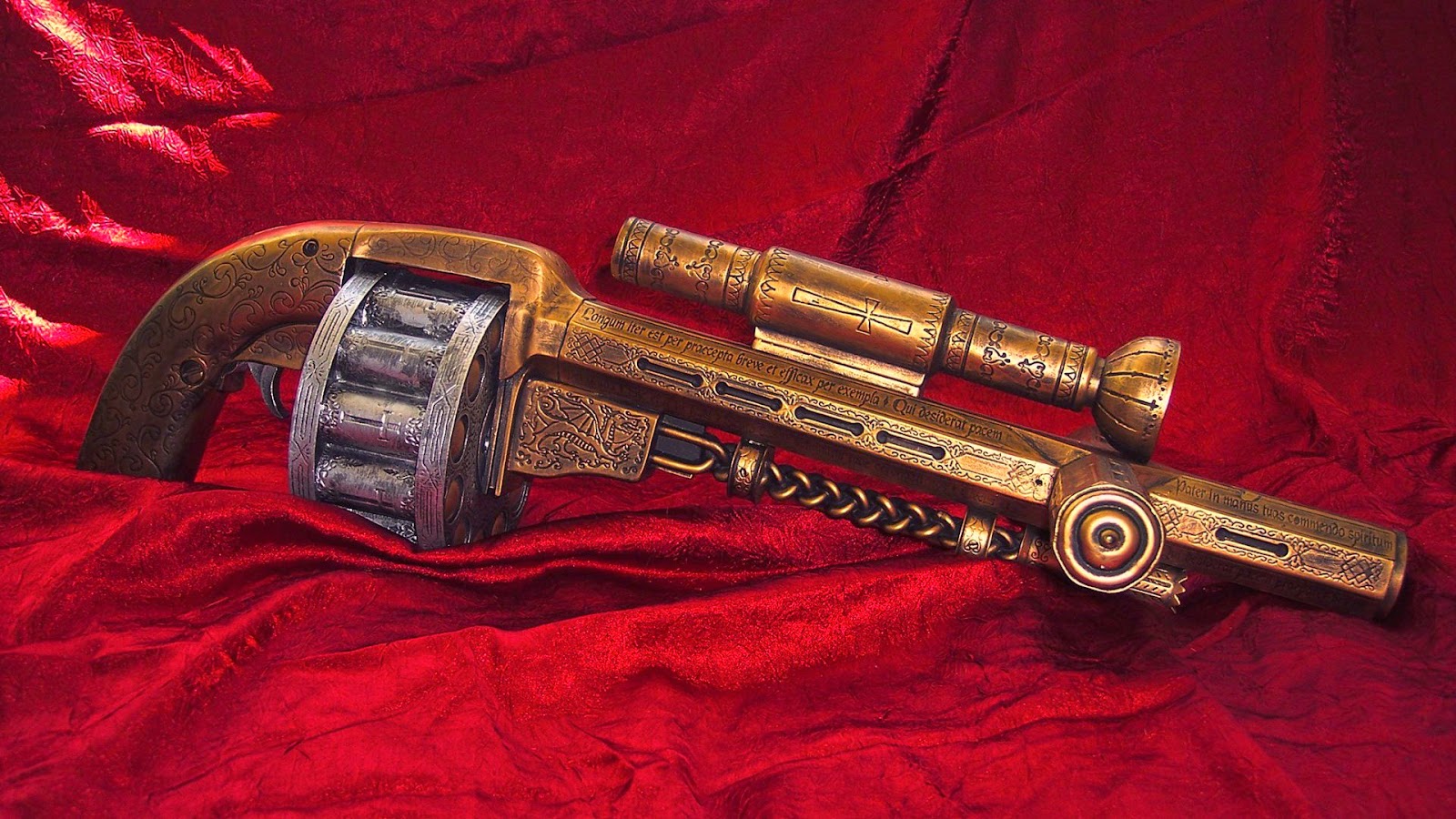 Yaka arrow, Guardians of the Galaxy, 2014

These amazing weapons are controlled by high-pitch sonic frequencies, which the character Yondu is able to produce by whistling. Without giving away any plot information for those which have not seen the movie yet the Yaka arrow is deadly. In the comics Yondu actually fires the arrows from a bow with the ability to change their direction and even return them to his hand. I think even finding one arrow similar to this would be a very epic magic item for some lucky archer to unearth. I would imagine despot kings and queens would fear any assassin with arrows which would find their mark even in the busiest crowd. 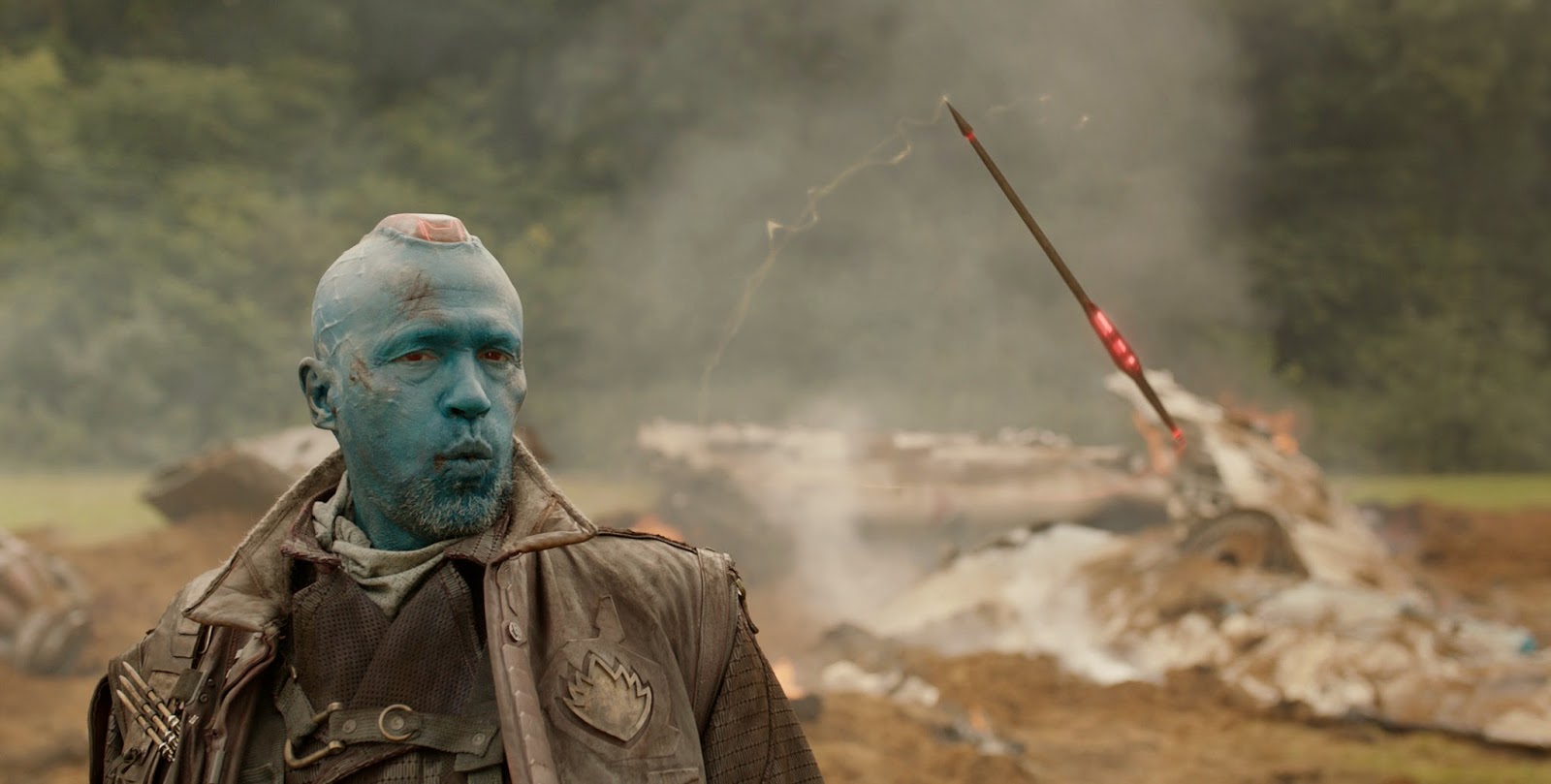 If you enjoyed this article check out 8 Old School Weapons Your Campaign Needs from 2014 for more inspirational ideas!