Cauldron of the Witch 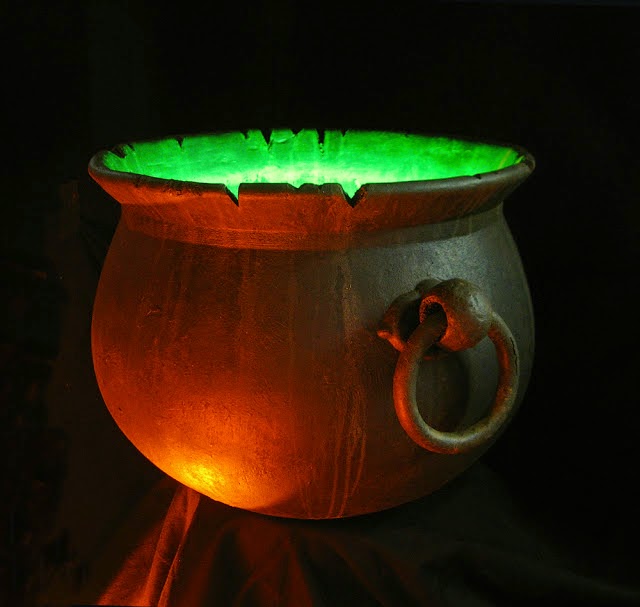 Fillet of a fenny snake,
In the cauldron boil and bake;
Eye of newt and toe of frog,
Wool of bat and tongue of dog,
Adder's fork and blind-worm's sting,
Lizard's leg and owlet's wing,
For a charm of powerful trouble,
Like a hell-broth boil and bubble.

The witch’s cauldron is synonymous with Halloween so much it remains a regular decoration item this time of year. The idea that some group of foul old crones could be using one to conjure forth dark magic is perfect for Dungeons & Dragons. That being said, witches would not take the theft or unauthorized use of their magic cauldrons lightly. Although it would take a brave adventurer indeed to infiltrate the lair of a witch their cauldrons remain enchanted with evil hexes.

Those schooled in the arcane arts will be able to decipher the true power of a witch’s cauldron with some study. Each cauldron is normally found in a chamber which is filled with a plethora of unsavory spell components. If a handful is stirred into the cauldron and it's power invoked any common magical potion can be easily crafted. The caveat being those who dare to use the cauldron have a 50% chance to become hexed for 24 hours. A Remove Curse spell will only reduce the duration of the hex from 24 to 12 hours maximum.

Consult the table below each time the cauldron is used to create a magical potion:

1. Horrific Countenance: The victim grows unsightly warts and seeping boils all over their face. Their charisma is effectively halved when dealing with any NPC.

2. Malignant Hindrance: Large fleshy growths and cankers form on the appendages of the victim. Their dexterity is effectively halved for any attribute checks required.

3. Fetid Secretion: A reeking odor emanates from the victim which can be detected up to 50’ away. Those within range will be revolted by the smell and avoid the victim. Any stealth type check should be made with a huge penalty (disadvantage in 5E or a large minus in other editions).

4. Wild Anathema: The victim now communicates in guttural growls and animalistic sounds. They are unable to use normal language for anything including the somatic casting of spells.

5. Benumbed Bones: An unearthly chill emanates from the victim who is unable to get warm no matter how hard they try. The victim has their movement halved for the duration of the hex.

6. Repugnant Euthanasia: Wherever the victim goes small insects, animals and plant life withers and dies within a 30’ radius.

7. Eye of Malevolence: One of the victim’s eyes becomes enlarged, blood shot and foul looking. Anyone with 30’ of the victim suffers misfortune (disadvantage in 5E or a large minus to rolls in other editions). Covering the eye has no effect as it is always visible for some reason.

8. Polymorphic Malediction: The victim immediately is polymorphed into a warty toad. Their possessions are not part of the transformation and all fall to the ground. 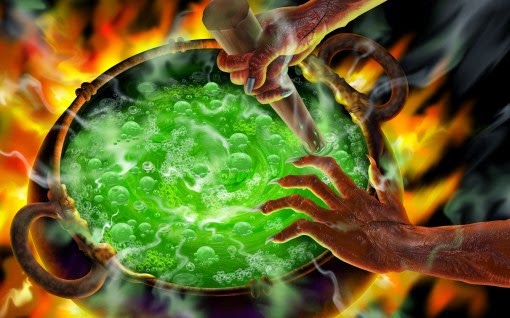