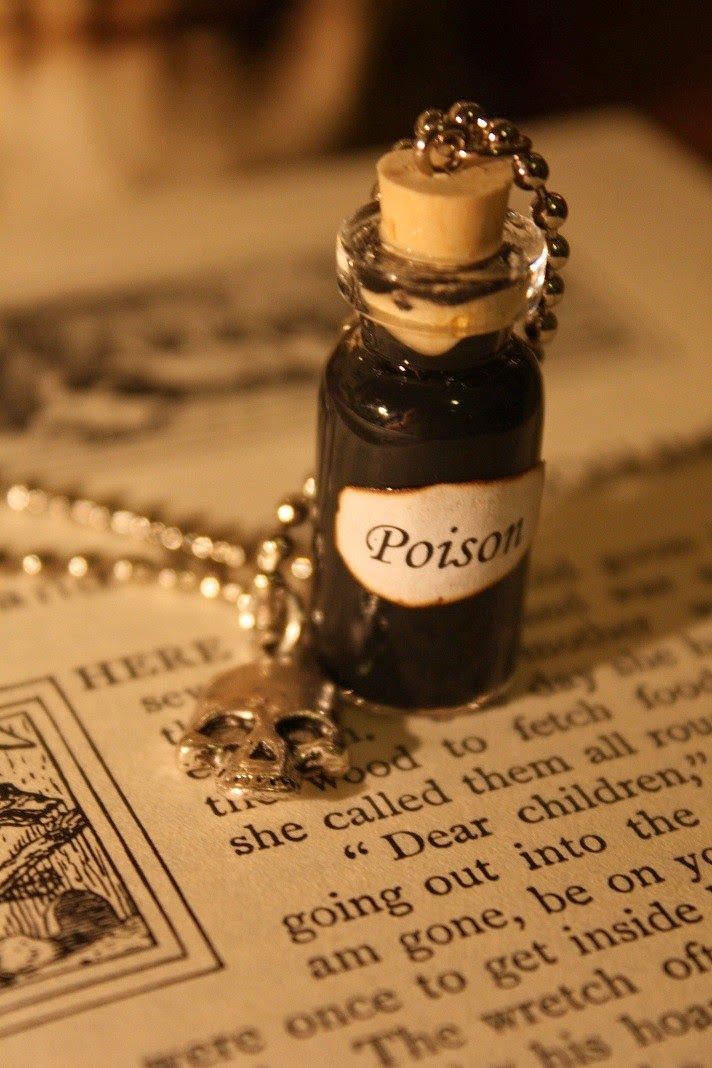 Poison has been used by nature and mankind for ages and fantasy worlds are no different. It has been represented in various forms by the Dungeons & Dragons game over the past four decades. The mechanic almost always used is hit point damage to represent the debilitating effects. In 5E poison is given both a damage type and a condition as defined below.

Poisoned Condition. A poisoned creature has disadvantage on attack rolls and ability checks.


The 5E Player’s Handbook also contains an example poison and kit which are available for purchase by adventurers as follows:

Poison, Basic. You can use the poison in this vial to coat one slashing or piercing weapon or up to three pieces of ammunition. Applying the poison takes an action. A creature hit by the poisoned weapon or ammunition must make a DC 10 Constitution saving throw or take 1d4 poison damage. Once applied, the poison retains potency for 1 minute before drying.

Poisoner’s Kit. A poisoner’s kit includes the vials, chemicals, and other equipment necessary for the
creation of poisons. Proficiency with this kit lets you add your proficiency bonus to any ability checks you make to craft or use poisons.

Now while I think this is a good start it leaves poison as a tool relatively weak and not overly useful. Especially when you consider the second level spell Protection from Poison which makes it a non-issue for prepared adventurers.

So what can we do to kick poison up a notch and give it some O5R feel? I think the answer is to look at our own world's poisons and get creative. For example Curare has been used in tropical South America as an extremely deadly missile poison for ages. The resin like sap is harvested primarily from the genus Strychnos. It is then boiled and reduced to a thick, black paste into which arrows and darts are dipped. Interestingly, Curare is only hazardous in the bloodstream, not swallowed by mouth. That being said, users of this poison must be careful not to cut or poke themselves with the poisoned tips of arrows or darts, lest they become the victims.

So how does it work? Curare is absorbed by the skeletal muscles and then interrupts them causing complete paralysis. Since those muscles are also needed for respiration the target eventually dies from asphyxiation. Death by curare is described as slow and dreadful, as the victim is awake and aware but cannot move or even speak.

Curare is a very popular poison used still in the Amazon basin for hunting since a well-placed shot will paralyze an animal quickly. Most importantly it has no effect on the meat of the animal so it remains a fantastic tool for any hunter to use. The poison emulates scorpions, spiders, and venomous snakes in that it paralyzes prey so it may be consumed.

When reading about Curare all I could think about was a tribe of kobolds or goblins dipping their arrows, javelins and spears in a similar substance. With Curare as inspiration I present to you Black Root Poison. Your players will never underestimate kobolds and goblins again!

Black Root is a very rare flowering plant which can be found in warm to temperate climates. It is not unusual for it to be mistaken for a common weed and only the most learned rangers and druids will recognize it. The plant is most famous for its spongy deep roots which are filled with a chewy tar like substance. Black Root is sometimes relied upon as a teething cure for children as it has no effect when ingested. However if collected and boiled down it reduces into a foul black paste. Kobold and goblin tribes have been known to use this extract as a vile paralyzing poison.

One dose of Black Root can be used to coat one slashing or piercing weapon or up to three pieces of ammunition. Applying the poison takes an action and once applied, the poison retains potency for 1 day before flaking off. A creature hit by the poisoned weapon or ammunition must make a DC10 Constitution saving throw or become instantly paralyzed for 1d6 turns. Subsequently the victim must continue to make this constitution saving throw for 1d6 rounds or until paralyzed. Once paralyzed the victim takes 1d4 constitution damage per round as the poison asphyxiates them to death.

If a victim is hit with multiple black root poisoned weapons or missiles increase the paralyzation saving throw DC by +1 per successful attack.

Another player may make a DC15 Medicine check to assist a paralyzed target with breathing. This is considered an action every round and does not cure the victim’s paralyzation but stops ongoing constitution damage. The medicine check will also reveal that only time or a magic cure will make the poison pass.